Re-creation of the first Grand Seiko in rose gold 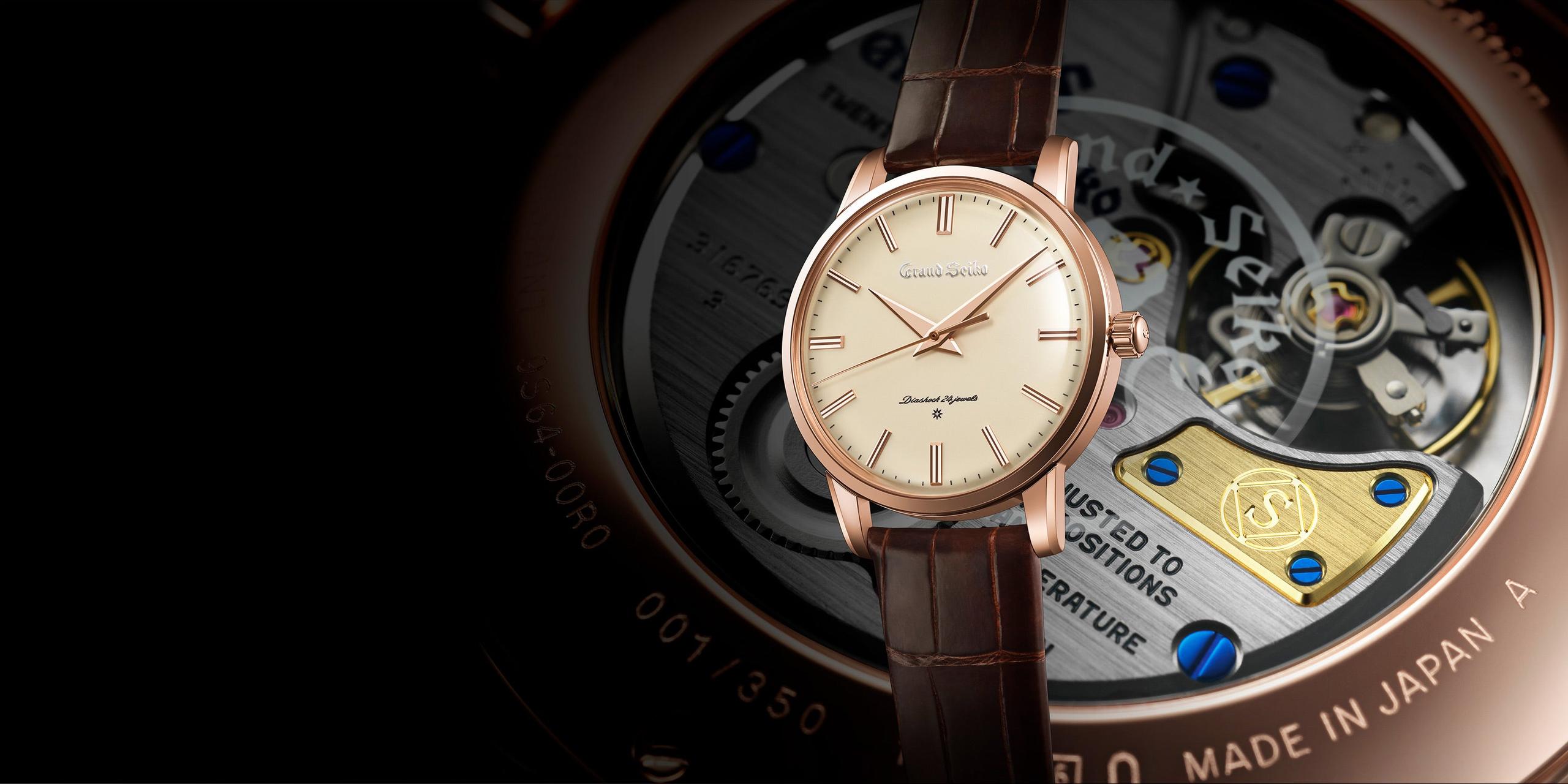 As the year of the 160th anniversary of his birth draws to a close, Grand Seiko proudly celebrates the life and achievements of Kintaro Hattori with a Spring Drive masterpiece. 2021 will be the 140th anniversary of the founding of his company and this landmark is also commemorated with another exceptional timepiece. Both watches exemplify Kintaro's dedication to the mastery of every aspect of the watchmaker's art.

Kintaro Hattori. A man of action
and strong convictions

Seiko's founder Kintaro Hattori was born in central Tokyo in 1860 at a time in Japanese history characterized by rapid modernization and westernization. The young entrepreneur saw the sudden and momentous changes in Japanese life as a moment of opportunity. In 1881, at the age of just 21, he set up his own company, "K. Hattori", to wholesale and retail imported timepieces and, just twelve years later, he established a factory which he called Seikosha, 'The house of precision', to produce his own clocks and, later, watches. His aim was for Seikosha to be able to manufacture and assemble all the components for its timepiece in-house by mastering every aspect of the horological art. Step by careful step under Kintaro's leadership, the company achieved his aim. Its long list of watchmaking innovations down the decades bears testament to his remarkable vision and continues to inspire it to this day. 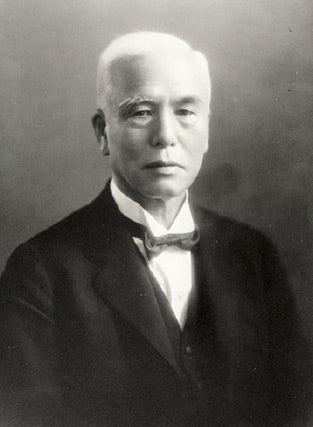 The Story of Kintaro Hattori

Kintaro Hattori was a man of strong convictions whose ideas and beliefs governed every step he took in the creation of the company known today as Seiko. His success led to his being known as the "King of watches in the East " and his belief in the spirit of revolution, evolution and quality that led to the birth of Grand Seiko lives on today in the ideology and skills of its watchmakers. Kintaro's beliefs still resonate in words that have been passed down through the generations.

Always one step ahead of the rest.

"Every merchant needs to be one step ahead of the rest, but only one step. If you go too many steps ahead, you will become distant from the public and closer to a prophet. A merchant should never become a prophet."

Without haste, but without rest

"It is better to have ambitions and work step by step without haste but without rest."
"If you hurry, you have to rest. If you want to move forward without rest, then you must not hurry."

Good products always get the patronage of customers

From the very beginning of Seikosha, Kintaro Hattori was determined to achieve success by making timepieces of the highest quality and his extraordinary determination is revealed in the name he gave to his factory, "The house of precision". He was firmly convinced that only products of high quality would earn the trust of his customers. 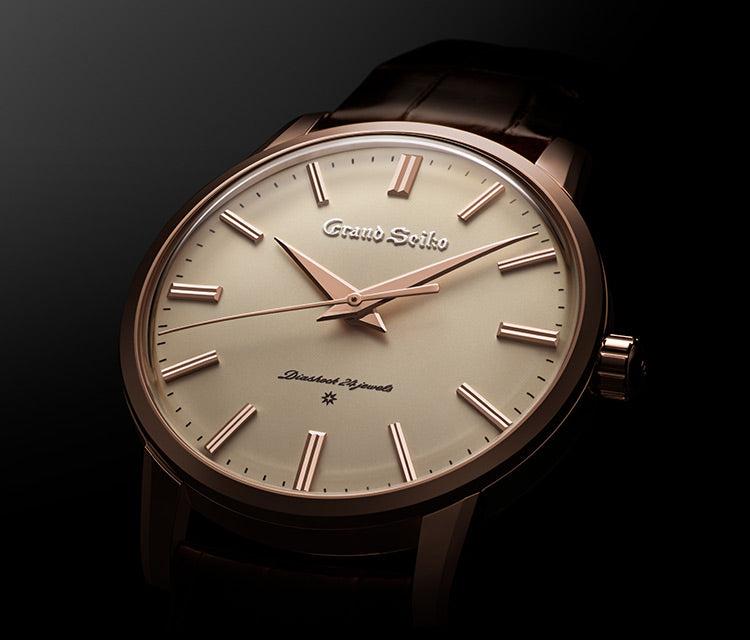 The release in January 2021 of a new re-creation of the first Grand Seiko from 1960 opens a year of celebration of the 140th anniversary of the company's foundation.

This commemorative timepiece offers a remarkable blend of slimness, efficiency and precision. The case is just 10.9mm in depth, the power reserve is 72 hours and the accuracy rate is +5 to -3 seconds per day, all made possible by the hand-winding Caliber 9S64 which powers the watch. 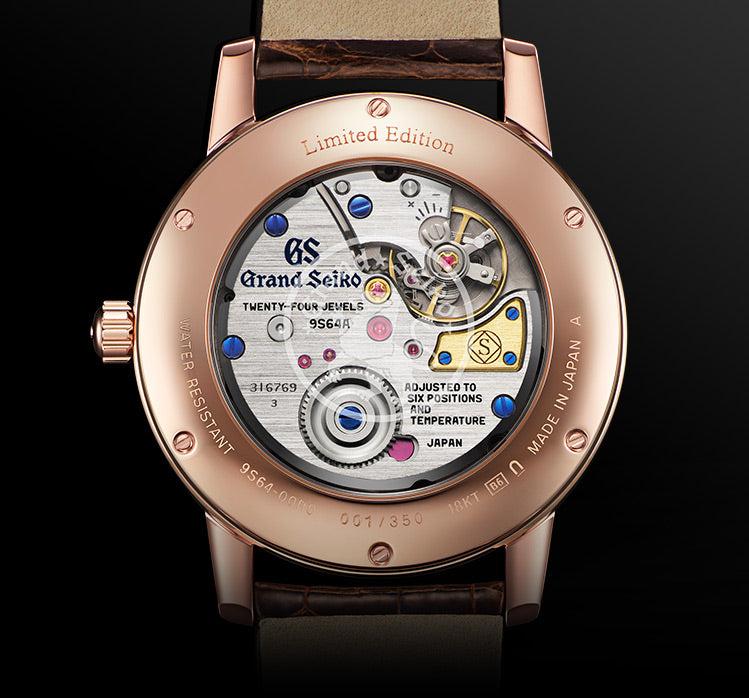 The case and indexes are in 18k gold and the anniversary is marked by the trademark "S" engraved on a gold plate set into the movement's bridge. Kintaro Hattori registered this mark in 1900 as the symbol of the Seikosha factory.. 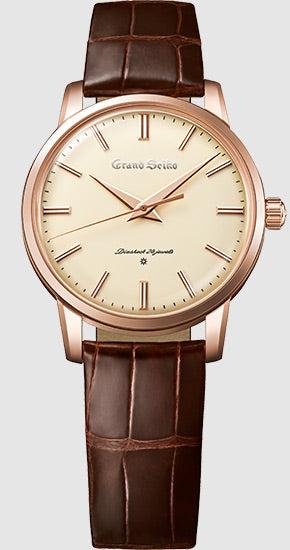 Only two pieces in India